Memes Are Viruses of the Mind 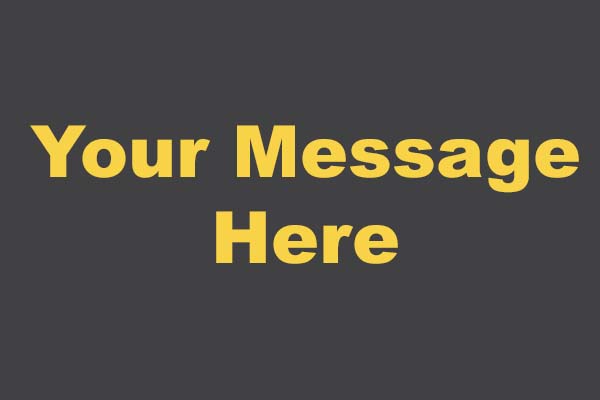 What is a Meme?

The term "Meme" was originally introduced by Richard Dawkins in connection with his theory of evolutionary biology. In his 1976 book The Selfish Gene, Dawkins stated memes are an important part of Universal Darwinsim, which postulates that natural selection applies to cultural beliefs and thoughts, as well as physical adaption.
The word is derived from the Greek root of "mimema" which means something that can be imitated. Another example of a word using this root is "mimic."
A meme is a cultural expression that is passed on from one person or group to another person or group. To most people a meme is an image or other digital media used to deliver a short message on social media. The message can be humorous, ironical, political, cute or any other format deemed appropriate to achieve the desired response and engagement. They are generally regarded as causal observations to entertain or annoy friends and contacts.
However, memes can have a much more in-depth behavioral/emotional impact and spread like a virus.
Memes can change cultural biases and protect older memes from being replaced by new -- the strongest survive.
We have memes that affect our views in all areas of our lives like popular culture, sex, technology, religion, philosophy, and politics.

The Science of Memes

Characteristics of a Meme

Memes when published cannot easily be controlled. The simple idea being communicated from person to person can easily take on a life of its own and go viral. It's just as likely the meme will not even take off or is forgotten within a few days. Three key characteristics of a Meme:
Think of a TV commercial where a logo and short tagline message cue up a remembrance of a product or service. For example, the tagline "the ultimate driving machine" once used by BMW cars to distinguish that brand from other car manufacturers.
Or a short series of beginning musical notes of a song can instantly cue up the remembrance of the entire song itself; for example, a national anthem or a popular song. But that same short series of notes can be tied to a product or service; for example, Beethoven's Fifth was used to brand England's BBC radio during WWII -- these notes translate into Morse Code as the letter V (as in V for victory).
Memes come in three forms:

The Scientific Basis and Elements of Memes

The Elements of a Meme

Memes are comprised of seven elements:
Each one of these elements must be examined to create effective memes.

The Spread of New Memes

The Basis of Memes:
There is a large number of potential vectors (carriers) to use to spread a meme: printed material, TV shows, email blasts, websites, social media, and public gatherings are some of the most obvious.

The biggest hurdle to new meme adoption is trust and credibility.
The most effective means of overcoming the resistance to meme adoption is the word-of-mouth recommendation from people and sources your audience trusts. It is important to always present the truth and speak into the listening of your target audience.
On a personal level these are friends and trusted colleagues.
For large organizations, investing time and monies to develop well accepted pundits and advocates as influencers leads to increased credibility. These large-scale influencers can be TV news and talk show hosts, sports and entertainment celebrities, business leaders, and politicians.  But it can also be instilled into inanimate objects like a marketing brand (e.g., Nike, Apple, Coca-cola, and Google) or a political party.

You can try to protect the memes that are important to your message, in one of three ways:
However, due to the natural selection nature of memes, these types of behaviors are of only temporary relief and benefit. It will keep only weakest of threats from seeing the light of day. The strongest challenges to current memes will bleed through -- and because of their strength have a greater potential to kill off the memes you are trying to protect.
Attacking the credibility of rival hosts with untruths have damaged the carriers promoting the attacks. Such as the ratings for certain news carriers. Unless there's truth to the attacks, eventually the truth will be known and the credibility of the attacking carriers will be destroyed.
Trying to saturate the carriers with new memes, such as short news cycles, only serves to confuse the audience you are attempting to influence. As the audience turns you off and shifts away to other more reliable news sources, the stronger memes will still be presented.

Popular posts from this blog

The 5 Neurotransmitters That Improve the Stickiness of Your Social Media 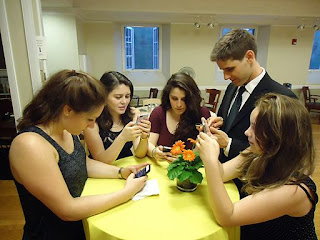 What is Brain Hacking?  Social Media Networks and Businesses Are Using Brain Chemistry to Increase the Time Users Spend Viewing Their Ads and Posts   As a tribal mammal, your DNA has evolved and survived because of how brain chemistry rewards you when you do things that promote your well being and reinforce your social position within the tribe. This brain chemistry also warns you when the tribe or you are at risk and immediate action is required. Realizing this, social media networks (in fact, all digital media networks) are hiring "Attention Engineers" that understand user experiences that hack your brain chemistry and increase the amount of time spent on social media networks. Pretty smart since they make most of their money on advertising. The good news is anyone can improve their digital communication being cognizant of these neurotransmitters and employing them on their social media profiles and in their posts.  Here are the top 5 neurotransmitters involved: 1. Dopamine
Read more

A Competitive Communications Hierarchy is Key to Your Message 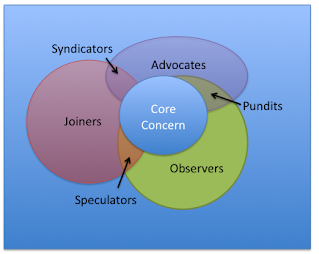 Effective Communication: Using the natural social structure to promote your cause.  Your organization's ability to deliver your narrative and develop a following is enabled by a hierarchy of influencers that is stronger than your competitors.   The delivery of your message is driven by the top 10% of the community: Pundits, Advocates, and Syndicators.  Pundits:  The op-ed journalists, news services and research mavens at think tanks that provide the data and analyses. May have a following based on the strength of their byline. They are paid by the advocates and syndicators for their expert opinions. Advocates:  The politicians and activists advocating a certain position. Their opinions and actions are covered in the news cycle. They are quoted like religious prophets; provide the political content (i.e., stories/soundbites/talking points). They are paid with contributions from high wealth individuals and by holding political office. Syndicators:  These are the news media "talk
Read more